Committed to contributing to the national arts dialogue

Sun Valley Museum of Art and Company of Fools seek to provide artists, actors, playwrights and authors with opportunities to develop their practice and create new work.

Special Projects and commissions take many forms and can be solo endeavors or collaborative and cross-disciplinary in nature. Often, they allow artists to artists to experience and respond to the land and history surrounding us in this unique place within the Intermountain West.

From The Colour of Its Bloom:
Camas Prairie

From the Colour of Its Bloom: Camas Prairie considers a unique landscape in Southern Idaho that is home to multiple ecosystems and social histories, and is named for the Camas Lily, which blooms each spring and has traditionally been an important food staple for the Shoshone and Bannock people. The project will consist of an exhibition including 4 commissioned bodies of work, 1 outdoor sculptural installation in the city of Ketchum, a signage project in collaboration with the Shoshone-Bannock Tribes and a catalog. The exhibition will feature new artwork by Daniel Gordon, MK Guth, Anthony Hernandez and Sopheap Pich, and an essay by Judith Freeman.

With generous support from the National Endowment for the Arts, the Robert Lehman Foundation and numerous private individuals.

Craters of the Moon

An exhibition in two parts: one at Craters of the Moon National Monument near Arco, Idaho, and one at the Sun Valley Museum of Art in Ketchum, Idaho. Coinciding with the National Park Service Centennial, the project celebrated Craters of the Moon, “a weird and scenic landscape” (in the words of Calvin Coolidge) that evolved over eight volcanic eruptions that occurred 15,000 to 2,000 years ago. The exhibition featured work by five artists, each considering Craters of the Moon from different points of view. SVMoA commissioned two of these artists to create large-scale sculptures to be located outdoors at Craters of the Moon National Monument during the summer of 2016 and then permanently relocated to public sites in the city of Ketchum in the fall of that same year.

John Grade’s Spur, was inspired by Craters’ extraordinary geology and Sun Valley’s ties to the Union Pacific Railroad. Grade digitally scanned the interior of a lava tube he explored at Craters of the Moon and then created a 75 foot long sculpture from Alaskan cedar that visitors can walk through.

The project was generously sponsored by the City of Ketchum, the Andy Warhol Foundation for the Visual Arts, the National Endowment for the Arts, Craters of the Moon National Monument, National Park Service, and private donors. 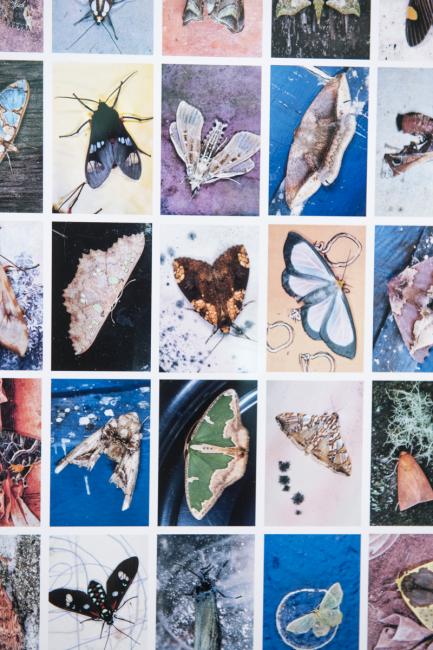 Partnering with Cameron Cartiere and the chART Collective as part of their ongoing project Border Free Bees, The Center worked with community volunteers to make paper embedded with native pollinator plant seeds. 3,333 bees cut from the paper were installed on the museum walls and ceiling alongside 6,667 bees from earlier Border Free Bees projects. In June 2018, museum staff and volunteers lay the sheets from which the bees were cut on an outdoor lot in Ketchum, alongside other plant starts and seeds.  The plantings emerged into a pollinator pasture over the summer. 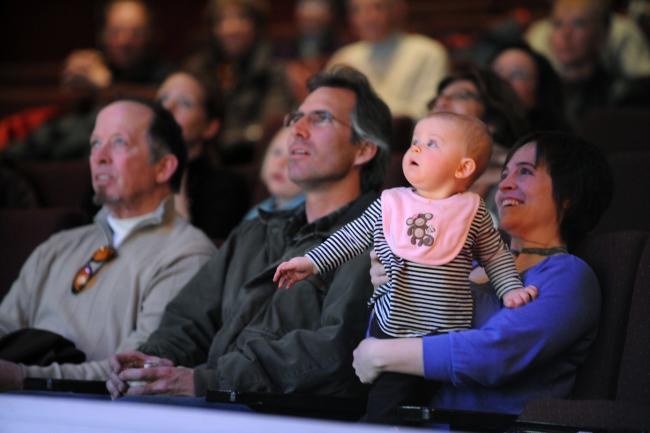 In 2019, Company of Fools began to implement a series of accessibility programs in line with models of best practice nationally. Specifically, CoF has created two targeted performances per production run; first, a “Parent and Baby” performance that allows parents of young children the opportunity to attend the theatre in a relaxed environment (house lights up, provision of changing stations and cribs in the lobby, and the ability to exit and enter the theatre at any time.

CoF is proud to be a part of the Autism Theatre Network, a network of theatre across the country that provide sensory friendly performances for audiences with autism or other spectrum disorders.

Once or twice a year, Sun Valley Museum of Art's curators invite an artist to participate in a residency at SVMoA’s Hailey House, a Victorian home that was the birthplace of the poet Ezra Pound. Usually held in May and/or October, the residency offers artists the opportunity to spend time in the Wood River Valley with the goal of making work for an upcoming SVMoA exhibition. 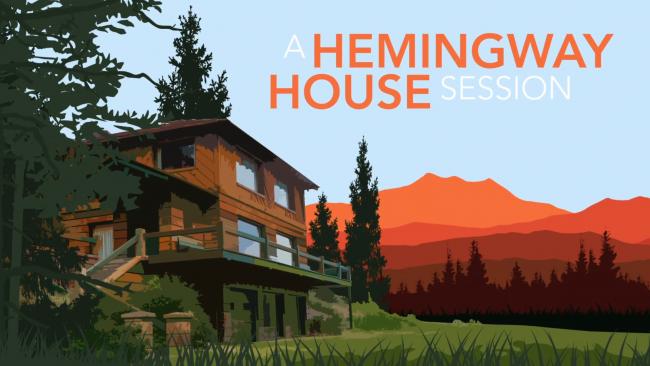 The Hemingway House Sessions are a collaboration between the Sun Valley Museum of Art and The Community Library to connect visiting artists to our local history and an iconic writer in an intimate setting inspired by views of the Big Wood River and Idaho mountains. Visiting artists are invited to respond to this creative space where Ernest Hemingway sought sanctuary in the last years of his life.

The Community Library is a privately funded, public library located in Ketchum, Idaho. As part of its Center for Regional History, it stewards a Hemingway collection and manages the Hemingway House and Preserve. The private residence is home to a writer-in-residence program.