The History of Company of Fools

In May 1992, Company of Fools (COF) was founded in response to an essay titled “The Vision of the Fool” by visual artist Cecil Collins. In Collins’ essay, the fool embodies truth, joy, creativity and a childlike wonder of all that is magical and mysterious. A series of discussions initiated by the Company’s founder, Rusty Wilson, and original Company members Vicki Bodin, John Glenn, Denise Simone, Robert Throckmorton and Joel Vilinsky, articulated a vision of a theatre company that embodied the qualities of the fool and was vital to its community. Rusty’s unheated garage in Richmond, Virginia, served as the Company’s first acting studio. It was there that the Company realized four years of training and launched three productions—two evenings of Tennessee Williams’ one-acts at the Historic Hanover Tavern, a full production of Tennessee Williams’ The Glass Menagerie in partnership with Barksdale Theatre and Danny and the Deep Blue Sea by John Patrick Shanley. 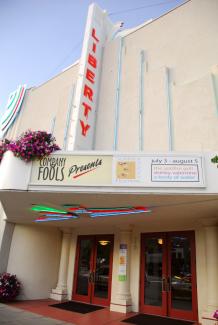 In the fall of 1996, Rusty and founding member Denise Simone relocated to Hailey, Idaho, intent on continuing the Company’s work. For its inaugural Idaho presentation, the Company adapted Nikolai Gogol’s Diary of a Madman on a shoestring budget and performed it for 30 people over two nights at $5 a ticket. Twenty five years later, COF has evolved into an award-winning theatre that produces a full season of plays while providing substantial arts education programming for its community.

In November 2012, the Company merged with the Sun Valley Center for the Arts, becoming part of what is now the largest arts institution in the state of Idaho.

In June 2017, John Glenn, Co-Founder of COF and COF Artistic Director, died unexpectedly. John’s death was a tragic and pivotal event for the company and our community. With the overwhelming support of the community, our board of directors, and staff leadership, SVCA secured the future of COF including establishing a new COF leadership structure.

Also in 2017, the historic Liberty Theatre in Hailey was gifted to SVCA by Demi Moore and Bruce Willis and will remain COF’s permanent residence.

Company of Fools Production History History of the Liberty Theatre