The Mexican Graphic Tradition: Printmaking and the Political

Since the late 19th century, artists in Mexico have used printmaking as a tool for disseminating news, sharing political views and celebrating Mexico’s national culture. Throughout the 20th century, Mexican printmakers synthesized text and images in prints that documented the events of the Mexican Revolution, promoted leftist politics (including anti-imperialism) and, during World War II, warned Mexico’s citizens of the dangers of fascism. In other prints, artists honored Mexico’s cultural traditions, from Day of the Dead to folk dances, often within the framework of the country’s post-revolutionary national identity. Inexpensive to make, reproduce and distribute, prints in Mexico have been a popular means for trying to shape public opinion.

This BIG IDEA project offers an opportunity to dig into the history of printmaking in Mexico, consider the deep connections between printmaking and the political, and explore the printmaking tradition among Mexican and Mexican American artists today.

The exhibition features prints from The Calle Collection, including works by José Guadalupe Posada and prints by many well-known artists affiliated with the Taller de Gráfica Popular in the mid-20th century. Alongside these historic works are prints by contemporary Mexican and Mexican American printmakers, including commissioned works by printmaker Christie Tirado. The exhibition illustrates the powerful role the Mexican graphic tradition has played in shaping political discourse, and the ways that contemporary artists use that legacy now.

SVMoA invited printmaker Christie Tirado, based in Yakima, Washington, to participate in a residency in the summer of 2021. Tirado interviewed a variety of members of the Wood River Valley community who have been essential workers during the pandemic, and she made linocut portraits of seven of those whose work ensured that our community has continued to have access to safe and clean schools, healthy food, grocery stores and health care. The exhibition features Tirado’s portraits of these essential workers alongside their stories.

During her visit to the valley, Tirado conducted a free bilingual printmaking workshop. Families were invited to respond to a question: Who has been essential in your life during the pandemic? Using a Styrofoam plate as a printing block, participants made a portrait of that person; the exhibition includes their thoughtful creative responses.

Northern-California-based printmakers Melanie Cervantes and Jesus Barraza are printmakers and co-founders of the graphic arts collaboration Dignidad Rebelde (which translates as “Rebellious Dignity”). In their own practices and together as Dignidad Rebelde, Cervantes and Barraza use printmaking as a form of activism and a tool for drawing attention to issues ranging from the rights of Indigenous peoples and other people of color to housing, education, health care and the environment. Drawing on the history of Mexican and Chicano printmaking, their prints feature bold graphics and vivid colors that amplify their messages of support for social justice.

Born in Tacámbaro, Michoacán, Mexico, where he studied printmaking with a master printer, Artemio Rodríguez spent several years in Los Angeles before returning to Mexico. Inspired by the work of famed printmaker José Guadalupe Posada as well as medieval European woodcuts, Rodríguez uses images drawn from folklore, religious iconography and contemporary popular culture in the creation of linocut prints that are often sharply satirical in their view of everything from socio-economic divides to the U.S.-Mexico relationship.

Based in Mexico City, Sergio Sánchez Santamaría works with equal facility in woodcut, linocut, mezzotint and lithography. He trained at Mexico’s National School of Painting, Sculpture and Engraving, where he studied with artists who were part of the Taller de Gráfica Popular. His prints reflect the influence of his teachers and the legacy of Posada while also incorporating pre-Columbian imagery and contemporary references. Sánchez Santamaría’s work celebrates Mexico’s history and national culture while sometimes offering satirical social commentary in the tradition of the printmakers of the TGP.

Admission to the museum is always FREE! 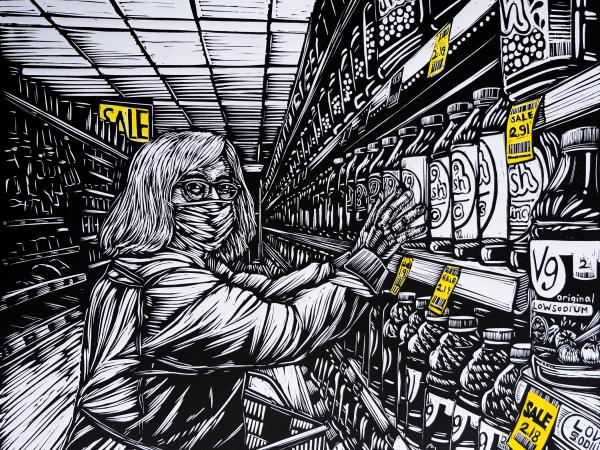 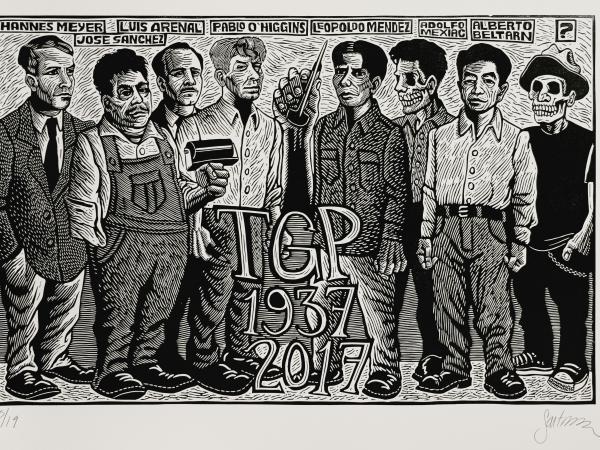 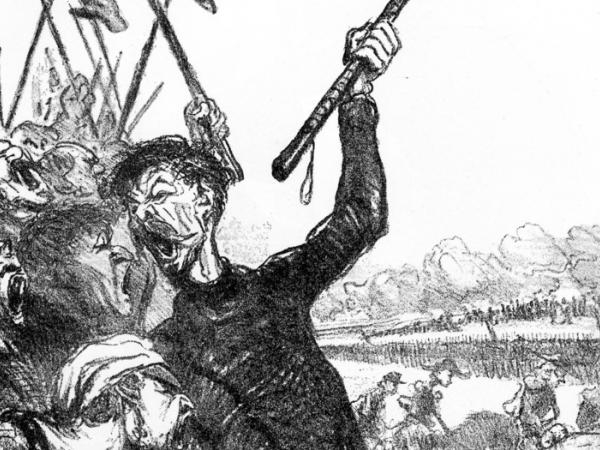 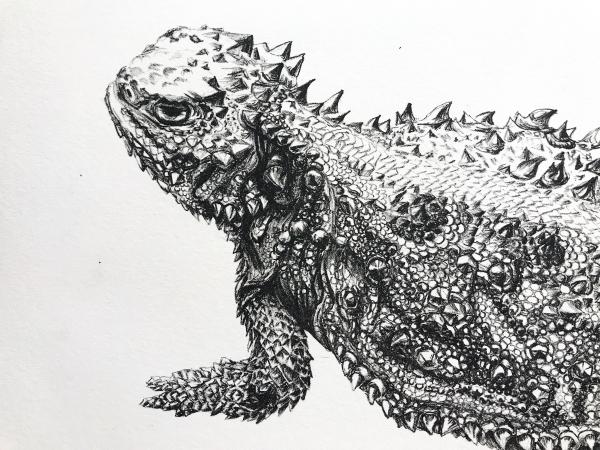 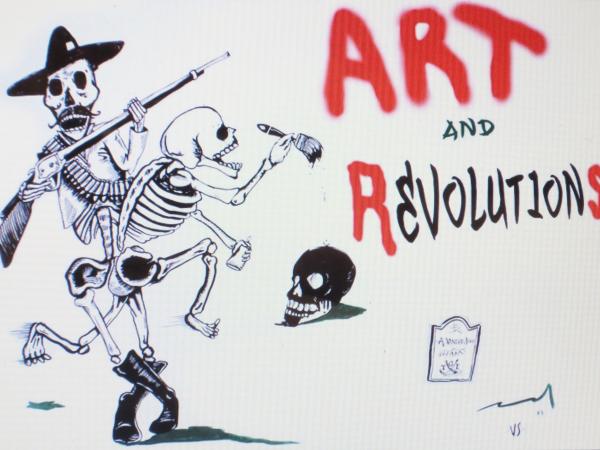 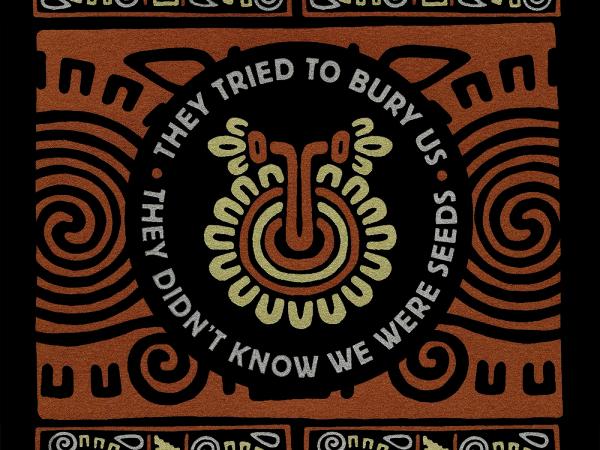 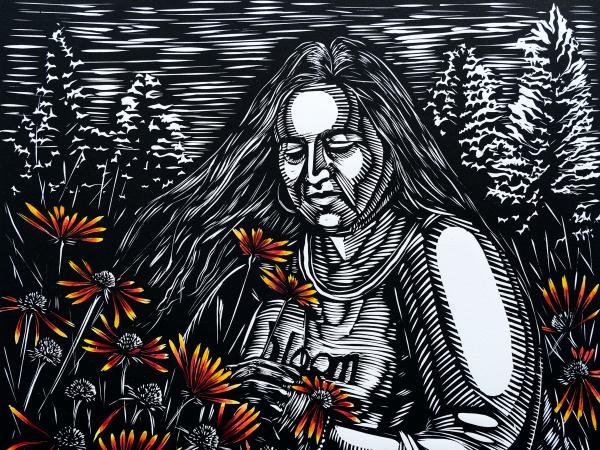